The Spanish Civil War (CW) was a humanitarian tragedy started in July 1936 with the coup d’état of the forces against the Government of the Second Spanish Republic, legally constituted. It was a social conflict in which they converged:
Armed class struggle, religion war, confrontation of nationalism, fight between military dictatorship and Republican democracy, also between revolution and counterrevolution, between Fascism and Communism.
Today, eighty years after the end of the war that marked the Spanish TWENTIETH century, historians continue to try to pinpoint the number of victims of the fight.
The numbers of the victims are undoubtedly important. That was so hight that is difficult to quantify it. Although, enormous suffering, anguish, insecurity, pain, hopelessness or grief, which was suffered by both the combatants and the civilian, were really difficult to quantify.
From the first moment the catastrophic situation of the war generated extraordinary demands of women in the front and the rear, especially of nurses. Many women, saw in the nursing, far from the weapons, the opportunity to cooperate humanitarianly in the SCW.
We take as a basis the ideology of the humanitarianism, which promotes the doctrine of the provision of assistance to others and the duty to promote the human well-being. Humanitarianism drives people to save lives, soothe suffering, and promote human dignity.
According to this professional guide and when analysing nurses caretaker practices in the Spanish Civil War, the most important values are: altruism, respect, social justice (equal treatment), aesthetics, and responsibility.
The result of the analysis on the humanitarian commitment of the nurses who participated in the SCW shows that the values and attitudes of: altruism, respect for human dignity, equal treatment and aesthetic sense, are the most outstanding. All of them show a strong nurse identity, lived to the last consequences. 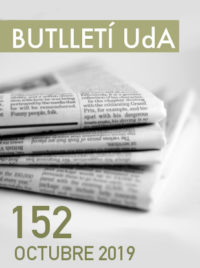 Publicacions, ponències i participació a congressos (2019-2020)